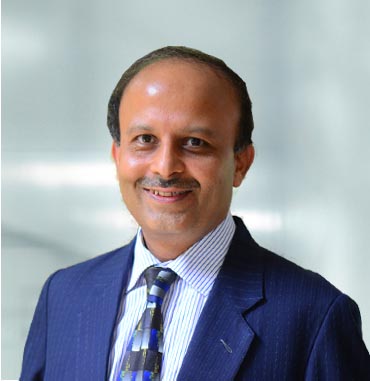 Dr Chandavarkar served as Biocon’s CEO and Joint Managing Director between April 2014 and November 2019, when he retired after a nearly three-decade-long career with the Company. He had also served on the board of directors of Biocon since 2014.

As CEO and Jt. MD, Dr Chandavarkar led Biocon’s growth and performance through a strategy focused on improving access to high quality, affordable biopharmaceuticals and specialty medicines in chronic therapies such as diabetes, oncology and immunology. Under his leadership, Biocon has made significant investments in cutting-edge R&D and efficient, compliant operations that translated into a unique and differentiated product portfolio straddling fermentation-derived complex generics, biosimilars and novel biologics, all aimed at a worldwide patient population.

Prior to becoming CEO, he held the position of Chief Operating Officer (COO) at Biocon. He had joined Biocon as General Manager – Operations in 1990, and then took on the role of President – Operations & Technology before becoming the COO in 2006.

He served as Chairperson of the National CII Committee on Biotechnology for the year 2016-17.

Previous Next
Close
Test Caption
Test Description goes like this